Caught sight of this on Harold Jarche’s blog a few weeks ago:

Funny funny, but were it only that simple, I say!

For, who has access to “one or two sonatas daily”, except… anybody with a digital audio player and the appropriate mp3 files or CD’s in his/her collection.

And this is exactly the assumption made by this tongue-in-cheek joke. Press the play button, and let Mozart take over your wounded psyche.

Certainly the idea of prerecorded instrumental music as mood enhancer is nothing new. In terms of industrial applications, music as mood-enhancement – or Muzak – is alive and well today in the service and retail sectors of the economy, as well as in many large organizations.

And the pharmacological equivalent is, of course, Prozac, the world’s most famous mood-enhancement pill – which the above faux-label is parodying, in a gesture of critique of our Prozac Nation.

To be sure. But as social commentary goes, how self-aware is this joke? For, whether we’re popping blue pills or music pills, shouldn’t we be asking: is the “instant mood-enhancement” way of life truly improving our lives?

In fact, has it ever? Like, if you’re hearing a Mozart sonata while being put on hold on your bank’s customer service phone line, does it truly relieve your stress?

music for the (moral uplift of the) masses

Yes, popping pills for every real or perceived ailment is here to stay. But as it pertains to music, how did this expectation of instant uplift become so widespread?

In reviewing the historical roots of the mood-enhancement view of music, I’m reminded of a little-known essay by the American idealist philosopher Manly P. Hall, called The Therapeutic Value of Music, published by the Philosophical Research Society way back in 1982.

In this small tract, Hall reviews various philosophies of music (mostly from Ancient Greece) , with an emphasis on the study of music’s effect on the human psyche. He notes that the therapeutic effects of music were well-known and understood in the Ancient world, and that philosophers thought of music as an “applied science” for mental health, what we would today call an “expressive therapy“.

The main difference between the ancients and the moderns being that the ancients thought music, in its everyday use, as integral to everyone’s mental equilibrium, whereas we moderns use music therapy approaches in cases of pathology and illness.

And this is precisely where Hall sides with the ancients. First, his description of the inner life of modern man is striking in its use of the Ancient Greek philosophical concept of psychic integrity, applied to the modern world:

Lack of personality integration also plays a part in the stress patterns of modern man. There is too much emphasis upon efficiency and not enough upon integrity. The individual is not equipped to meet shock and stress. He lacks self-control and self-directives. He is worried constantly by economic pressures due, at least in part, to the desperate effort to live beyond his means. Luxuries have become necessities, and the fear of debt hangs over millions of families. […] We must realize that the intense struggle for economic survival has transformed our world into an economic battlefield. As in the case of most psychic disorder, the sufferer is his own worst enemy, and in many instances his troubles are due to his mental and emotional tensions. (The Therapeutic Value of Music, p. 24)

Having made a diagnosis of what ails us (economic insecurity due to debt financing), Hall goes on to suggest… the industrial application of the Ancients’ philosophy of music as the cure! That’s right, instead of suggesting corrective political action, Hall opts for the classic social engineering approach. You will no doubt be familiar with some of his prescriptions for “therapeutic music in industrial settings”:

First, as a therapy for nervous tension, the music should be heard rather than listened to. This means it must be played softly and the volume adjusted to the acoustical problem of the store or factory. If it is dominant and attracts direct attention, it becomes annoying and interferes with mental concentration. It may also conflict with the rhythm of industrial routine. Second, if the compositions played are too subjective, difficult or involved, they can cause concern or tip the listener into a negative mood. Also, unfamiliar melodies require more conscious attention and are therefore unadvisable. Third, background music – with a certain gentle insistence, pleasant and kindly, gracious and relaxed, and frequently repeated – becomes a suggestive therapy.

Fourth, problems of individual taste must be considered. When several thousand listeners listen at one time to a particular program, a common denominator of acceptance must be found. This involves the same type of thinking which endeavors to choose a popular program for radio or television. Experience shows that a certain type of music has the broadest type of appeal to every class of audience. Fifth, by trial and error it has been learned that jazz has little or no therapeutic value. If this seems to be an attack upon a popular music form, the outraged disciples of syncopation can take heart in the thought that grand opera is no better. Jazz is a stimulant and an irritant and so are all compositions featuring broken rhythms, dissonances, and exaggerated tempo. Most operatic selections require too much listening, as well as highly-trained acceptance and appreciation.

Further research has eliminated vocal music. Words do not always broadcast clearly, and the mind becomes actively intrigued and instinctively listens. Intense rhythms fatigue those who hear them and cause a positive reaction such as the effort to keep time with the feet or nodding the head. Semiclassical music, featuring persuasive melodies and familiar tunes – sometimes slightly nostalgic, is the more successful. A pleasant melodic line, carried mostly in the strings and not noticeable in the brass percussions, was found to be universally acceptable, fulfilling the old doctrine of Pythagoras. (The Therapeutic Value of Music, pp. 25-26.)

Does this sound like a program for the “psychic integration of the whole personality” to you? Or rather: the philosophy of elevator music?

from mood enhancement to sonic branding

It’s pretty clear to me that the model Hall prescribes in his Therapeutic Value of Music is what is known today as “easy-listening“. That is: that bland, formulaic, feel-good, endless-melody sonic streams that still pollute many of our indoor public environments today.

For most people, the entrenchment of elevator music in all spheres of public life is due to the successes of the Muzak Corporation. Indeed the word “Muzak” has come to be synonymous to elevator music, as “Kleenex” to snot rags.

This short video history of the Muzak Corporation briefly covers the corporation’s response to such intense negative branding: 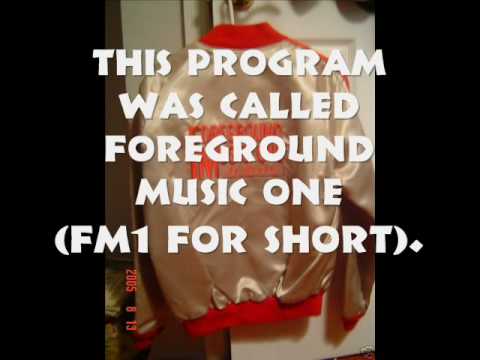 I’ve got a hunch that the Muzak Corporation’s radical makeover in the 1980’s has also something to do with the fact that the positive effects of easy-listening have been grossly over-estimated. I don’t know if such studies exist, but I bet one could establish a significant correlation between easy-listening music and an increase in ambient anxiety.

Perhaps Manly P. Hall and Muzak should be seen as products of the broadcast era, where the problem of mental health for the masses is viewed from above, and solutions are prescriptive. In other words, whether you’re popping Prozac, or your workplace broadcasts preselected playlists to optimize worker performance, the decisions about what’s best for everyone are made by expert psychologists.

To a great extent, this also still applies to the health sciences. In institutional contexts, therapeutic applications of music are in the hands of accredited experts in the field of music therapy, even if such applications are “personalized” and “patient-centered”.

But outside of the medical enclave, who’s privy to in-depth therapeutic uses of music? In other words: aside from your infinite mp3 playlists, how are you to meet your “personality integration needs” with music?

Taking our cue from Manly P. Hall, perhaps the answers may lie, after all, in a re-examination of the Ancient philosophy of music. But instead of a prescriptive approach, perhaps we could nurture age-old insights about music’s therapeutic properties from the point of view of learning to play an instrument, with self-expression as our goal, or deeper motive.

Here, I will give psychologist John Sloboda the last word:

We need living and socially relevant forms to replace the church choir and the village brass band. Recent pleas by major figures in classical music for the government to reverse cuts in school instrumental provision may have come too late, if the social institutions that support music making outside the academy are no longer there.

I have no idea what these social institutions might be, what they might build on, or how they can be encouraged. Psychology cannot provide the answer to such questions. All it can do is indicate some of the conditions that must be met if these institutions are to enable the flourishing of individual development.

The evidence […] indicates to me that performance potential could be unlocked in millions of people if we could recreate social institutions that focused on musical enjoyment, and personal and communal fulfillment, rather than on the need to be best, or to meet the taxing performance requirements of a professional elite.

2 thoughts on “take in large doses, three times a day”